Week one of spring term left me counting down to the days filled with sunshine, stargazing, and waterfall chasing. I have six more weeks until I can officially say I survived my first year of college. Six whole weeks.

What better way to celebrate surviving the first week back? A hike, of course.

Early into the term, I already needed a break from the reality of school, work, and well, life in general. Being cooped up in my room with a runny nose and a throat that felt like sandpaper, my spring break didn’t go exactly as planned, so being out and enjoying the first signs of summer was necessary. 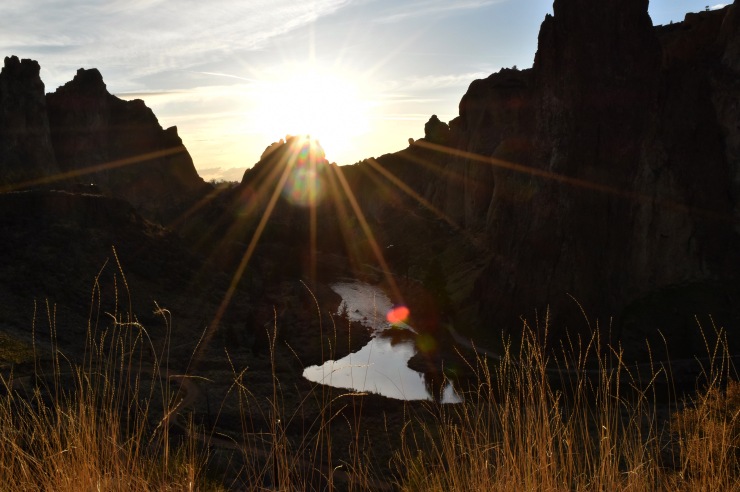 Our last minute adventure became a race against the setting sun.

As the baby blue sky began to fill with shades of cotton candy, we began to worry that our hike would be a fail, much like our sunrise hike we embarked on over a year ago. As I got closer to the last bend that overlooked Misery Ridge, I began to run because the anticipation was killing me – I tend to do this a lot on hikes.

Of course, I had nothing to worry about. We made it to the top with plenty of time to spare.

I did learn one thing on this hike: Misery ridge is not nearly as miserable as the dozens of girls that have posted a photo of it to their instagram make it seem, that’s for sure.